A long log is stood upright and hoisted by the competitor who balances it vertically holding the smaller end in his hands. Then the competitor runs forward attempting to toss it in such a way that it turns end over end with the upper (larger) end striking the ground first. The smaller end that was originally held by the athlete then hits the ground in the 12 o’clock position measured relative to the direction of the run. If successful, the athlete is said to have turned the caber. Cabers vary greatly in length, weight, taper, and balance, all of which affect the degree of difficulty in making a successful toss. Competitors are judged on how closely their throws approximate the ideal 12 o’clock toss on an imaginary clock.

Weight Over the Bar 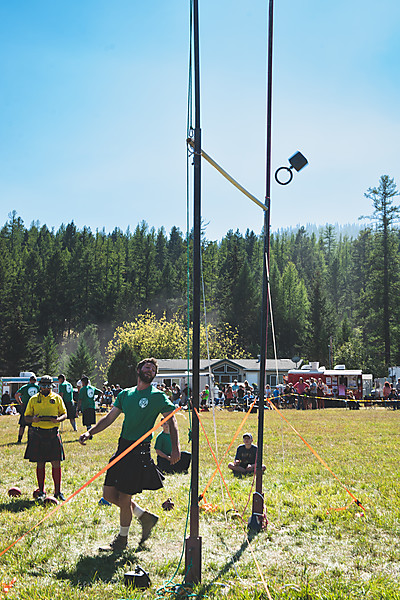 Also known as weight for height. The athletes attempt to toss a 56-pound (4-stone) weight with an attached handle over a horizontal bar using only one hand. Each athlete is allowed three attempts at each height. Successful clearance of the height allows the athlete to advance into the next round at a greater height. The competition is determined by the highest successful toss with fewest misses being used to break tie scores. 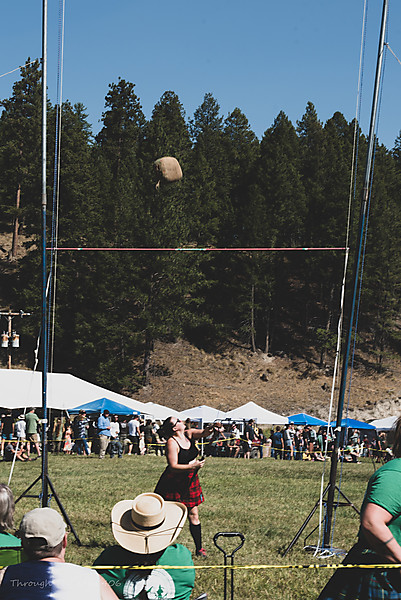 A bundle of straw (the sheaf) weighing 20 pounds (9.1 kg) for the men and 10 pounds (4.5 kg) for the women and wrapped in a burlap bag is tossed vertically with a pitchfork over a raised bar much like that used in pole vaulting. The progression and scoring of this event is similar to the Weight Over the Bar. There is significant debate among athletes as to whether the sheaf toss is in fact an authentic Highland event. Some argue it is actually a country fair event, but all agree that it is a great crowd pleaser.

This event is similar to the hammer throw as seen in modern-day track and field competitions, though with some differences. In the Scottish event, a round metal ball (weighing 16 or 22 lb for men or 12 or 16 lb for women) is attached to the end of a shaft about 4 feet in length and made out of wood, bamboo, rattan, or plastic. With the feet in a fixed position, the hammer is whirled about one’s head and thrown for distance over the shoulder. Hammer throwers sometimes employ specially designed footwear with flat blades to dig into the turf to maintain their balance and resist the centrifugal forces of the implement as it is whirled about the head. This substantially increases the distance attainable in the throw. 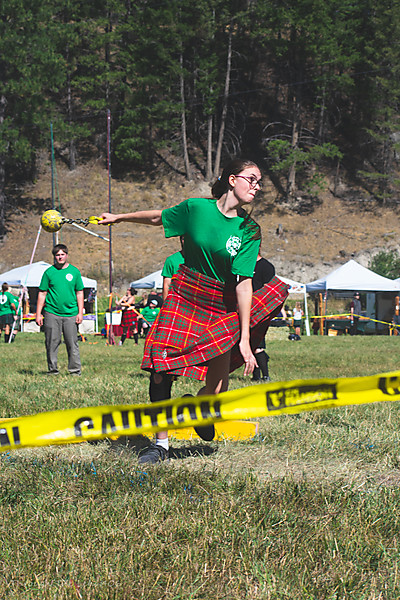 Also known as the weight for distance event. There are actually two separate events, one using a light (28 lb for men and 14 lb for women) and the other a heavy (56 lb for men, 42 lb for masters men, and 28 lb for women) weight. The weights are made of metal and have a handle attached either directly or by means of a chain. The implement is thrown using one hand only, but otherwise using any technique. Usually a spinning technique is employed. The longest throw wins. 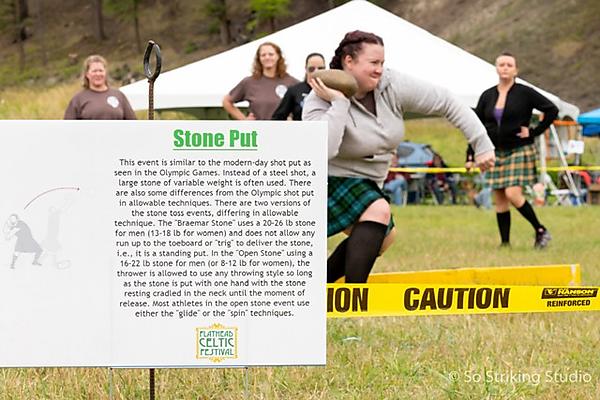 The 2023 Athletic Registration will be up sometime during the summer. Please check back! 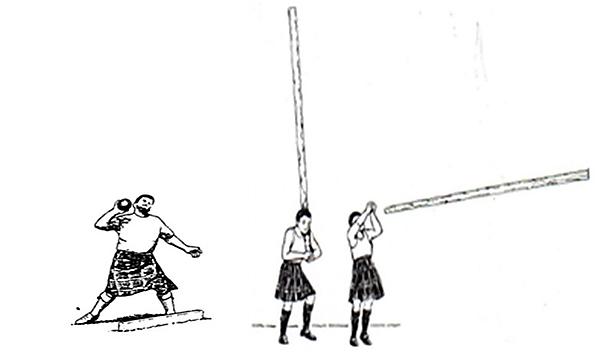